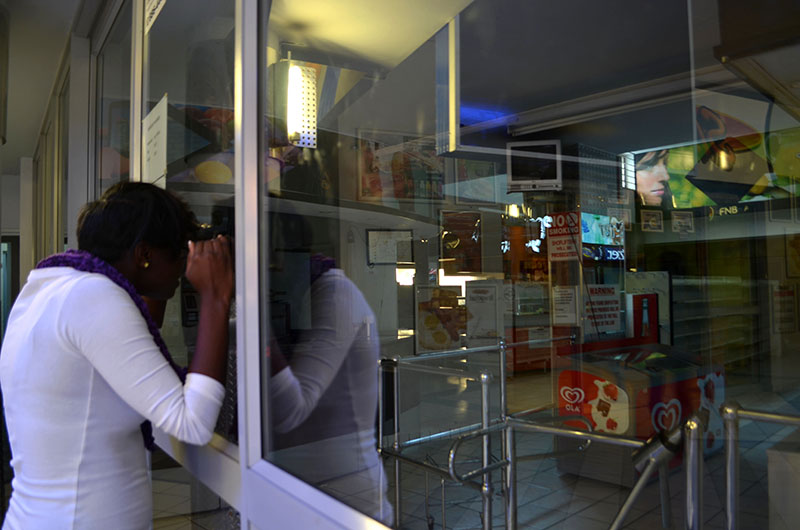 The friendly Supermarket in the Matrix has been visibly out of business for the past three weeks – with no stock or signs of trade in the shop.

Approached for an explanation, owner of the  franchise, Johan Mostert spoke candidly to Wits Vuvuzela about his problems, which he claimed resulted from an increase in rental.

However, he later retracted his statement and warned the reporter not to mention his name. He claimed information he had shared had already reached the landlord and it was now a legal matter.

Mostert said the lights at his shop had been turned off because he had defaulted on his rent payments for two months. This was a result of a rent increase, effective from March 1.

“Alles is deurmakaar [everything is in chaos].” He added that enough was enough.

Landlord Jackie Meyer of RFC Group could not be reached for comment after numerous attempts by Wits Vuvuzela.

Another Matrix shop owner, who asked to remain anonymous, said their shop had been extremely busy since the supermarket had closed down and had been forced to bring in more stock.

The source said they had heard rumours that rent had been the reason for the closure. “The rent here is very expensive. The rates are like those at a shopping centre.”

Shop owners explained that every shop at the Matrix pays different rates – calculated on the size of the shop.

There was an increase of about 10% every year, a shop owner revealed. They are allowed 2 months free of rent during July and December, when the university broke for holidays.

Jackie Mung, owner of the Chinese Shop said:  “Everyone has to pay rent. Once you agree you must pay.”

Mung conceded that rent was expensive, but the Matrix was not a special case. Even if he moved somewhere else, he would have to pay rent and operational costs.

He said he was happy with the way he had been treated by management over the 10 years his shop had been operating.