The past two days have been the best, most productive, most informative that I’ve had since our in-depth journey has begun.

I meant a number of extremely helpful sources, who helped to give me an even clearer idea of where my story is heading. We also had our our Multimedia Pitch Meeting yesterday, ya that didn’t go so well for me. Have no solid idea’s to speak of but I am wracking my brain night and day trying to figure it out. 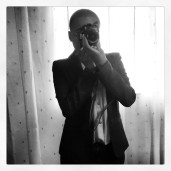 Shandu having the time of her life with a gum ball machine at RMB. We were there for an interview with TCA chairman Erwin Pon. Photo: Pheladi Sethusa 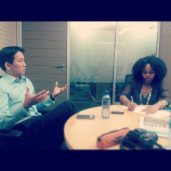