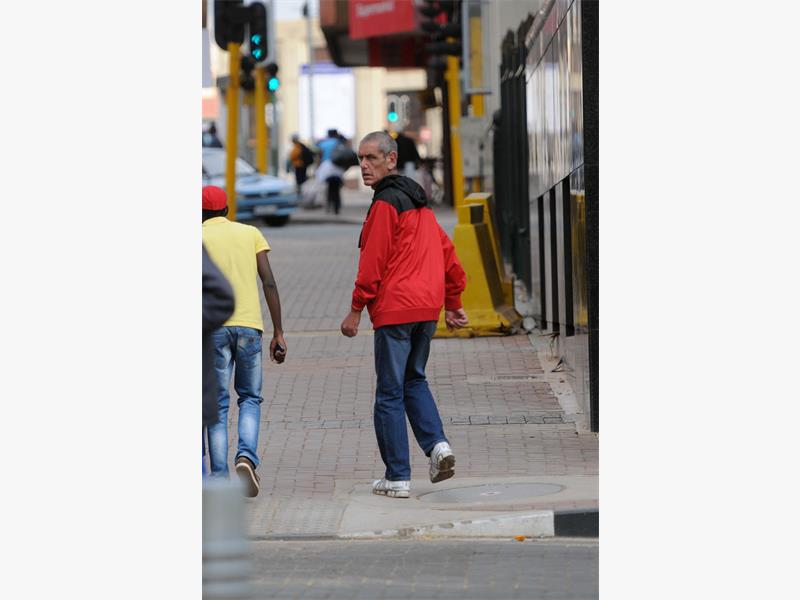 NOTE: Article first appeared in The Citizen newspaper on April 11, 2014.

In a court appearance no longer than five minutes yesterday, Labeeba Truter was told she would have to spend 15 more days at Johannesburg’s “Sun City” Prison.

Truter, the principle and owner of Petite Bumper Daycare in Rosettenville, in the south of Johannesburg, was arrested on April 8 facing charges of assault and child abuse. Truter made the news earlier this week following a viral video of a child tied up and gagged at her daycare centre.

In her first court appearance at the Johannesburg Regional Court yesterday afternoon, Judge Hawkins said Truter can formally apply for bail on April 25. Truter looked back at her family in disbelief when she found out she wouldn’t be able to go home after her appearance.

Advocate Herry Bonke Maluleke, Truter’s legal representative said the State could not let her go because she faced “numerous counts and further investigation by the State” would need to be done. “The allegations are yet to be tested,” and the State has to prove them, he said.

Truter stuck to her guns and said: “I’m not the one who did it.” She claimed she had been falsely arrested and the charges she was facing did not even pertain to the complainant’s child.

“It’s not even the same kid. The kid in the Daily Sun is not Beauty and the “father” they spoke to is not her father,” said a frustrated Truter.

She added the child in the video was not even in the country at the moment, as her father had taken her and her mother to Mozambique at the weekend.

Truter said she was called to the bathroom by one of the other children at her daycare and when she got to the bathroom another teacher was there with the child. “When I walked in she hid something behind her back – a cellphone maybe. She has family at the Daily Sun,” said Truter.

Maluleke said Truter would “most definitely” make bail on April 25.

NOTE: Article first appeared in The Citizen newspaper on April 9, 2014.

You can find anything from vegetables to groceries and a unique haircut to traditional clothing when you visit the Nigerian shop-owners in Braamfontein.

It is a busy area, with loud Nigerian music playing in the shops where both foreigners and students do business.

It is also known as Little Lagos by students who stay nearby.

Some of the Nigerian entrepreneurs in downtown Johannesburg told The Citizen they were happy to hear their mother country’s economy had overtaken South Africa as the continent’s largest.

Biccard Street in Braamfontein has quite a few Nigerian-owned businesses that bring competitive services and products to consumers. Everything from salons, to Internet cafes, gyms and clothing stores line the busy street.

Oluwadamilola Apotieri, a Nigerian business owner in the area, said while the GDP takeover was good news, the truth of the matter is that it will not put food on the table of the poor. “It will not reduce the level of poverty. It will only add up to the political mumbo jumbo.”

Ameck Ottance, a dressmaker at Graceland Fashion Design, said: “Nigerians are business-minded people. You can see that from the businesses on this street.”

Evans Emeafo, manager and stylist at a hair salon, said his trade secret lays in “keeping it in the family”.

The salon he works at is owned by his brother and their employees are all family members.

Emeafo said he “was happy that the Nigerian economy was doing so well”, but so was his business. He sees no reason to move back home.