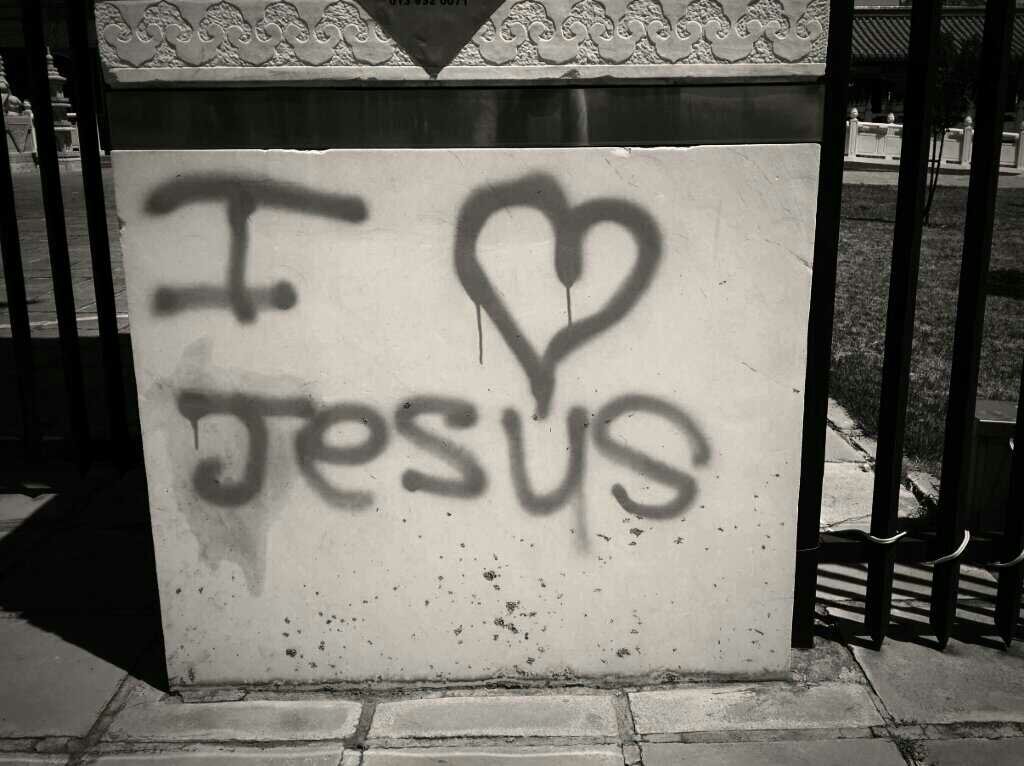 The excitement around yesterday had been brewing for a few days. We were positively buzzing when we finally hit the N1 South to Pretoria.

Our destination was a Buddhist temple in Bronkhorstspruit. I knew nothing about the place and had no scholastic interests there. I was going along for the experience and because I am a liker of things.

A few wrong turns delayed us a bit but when we finally found our way to Nan Hua Temple we realised that the long drive from Joho was worth it.

The bright red, green and gold trimmings on the Chinese architecture was breathtaking. I felt like I was on the set of every Chinese/Kung Fu movie I had ever seen. We went photo mad from the very minute we arrived. All of us so desperate to try and capture some of the beauty our words would fail to demonstrate later on.

The very first thing I noticed was this graffiti on one of the arch’s pillars.

It made me sad, that some inconsiderate people could not grant others the same religious freedom bestowed on them. It’s just crass. But all the while very telling innit?

Anyway that unpleasantness didn’t ruin the mood for long. Our guide Sipho was very helpful, he told us about everything from the architecture, to explaining some religious and cultural aspects of Buddhism.

Walking up to the main temple, a stilling calm washed over me and stayed with me for the duration of our tour. It was a really tranquil space. Being in the temple where the main shrines were was quite an experience.

The 2.5 metre high Buddha‘s were a magnificent sight. The ceilings breathtaking and the mood serene. In the temple I most enjoyed the playing of the echo drum and wooden fish. The sounds created an echo around the room that made one take in design aesthetics in a holistic way.

The rest of the tour saw us eating a vegetarian lunch in absolute silence and meeting temple master Ven Hui-Xing, who was the most animated person I have ever met. He even gave us each a gift, what a great day indeed. Have a look at the links below for more on the day 🙂