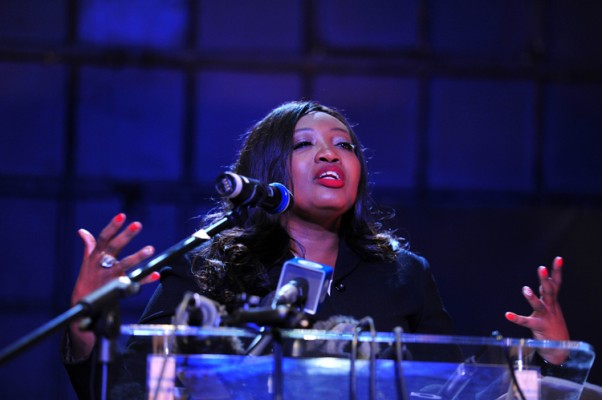 NOTE: Article first appeared on The Citizen website on August 27, 2014.

Sixteen actors from the cast of Generations came out strong on Tuesday afternoon, insisting they will not go to work until “their demands are met”.

At a media briefing held at the Market Theatre in Johannesburg, the 16 dismissed actors banded together to finally give their side of the story.

Nambitha Mpumlwana who acts as Mawande Memela gave a brief financial run down of what a “supposed R55 000″ salary would look like after deductions.

She said after tax, agent fees and retirement annuity payments the actors would get a little over R19 000 – with which they would have to “pay rent or a bond, a car payment” and more.

A meeting with SABC, production company MMSV and the minister of Arts and Culture, Nathi Mthethwa yesterday did not prove fruitful.

Patrick Shai – who acts as Patrick Tlaole – announced they were told further talks would only happen if the actors agreed to do so without their legal representatives.

A week of mass strike action has seen 16 principal actors from Generations supported by the ANCYL and department of Arts and Culture.

Now Dr John Kani has asked the nation to support their cause.

A number of the actors who stepped up to the podium to address the media broke down in tears when speaking of their working conditions. Menzi Ngubane who acts as Sibusiso Dlomo came out as the person Mfundi Vundla had paid hospital fees for.

Ngubane was hospitalised for kidney failure. He said he spent seven weeks at Helen Joseph public hospital and Vundla would not have him moved to a private hospital. After being discharged he paid R30 000 back to a friend for his medical fees.

“I was discharged on a Thursday and had to go back to work the following Monday. Sitting down on a chair between the six to 10 scenes we shot a day,” said an emotional Ngubane, who had others on stage in tears.

Pre-recorded episodes of the show are currently keeping the soapie on air but these recordings will only last for a few more weeks.

The direction of the show is unclear at the moment with Vundla alluding to “new talent” as a strategy that may be used to take the show forward should matters with the 16 not be resolved.

​To this Sophie Ndaba who acts as Queen Moraka said: “Artists looking to audition must first think about what we are trying to do here.” ​