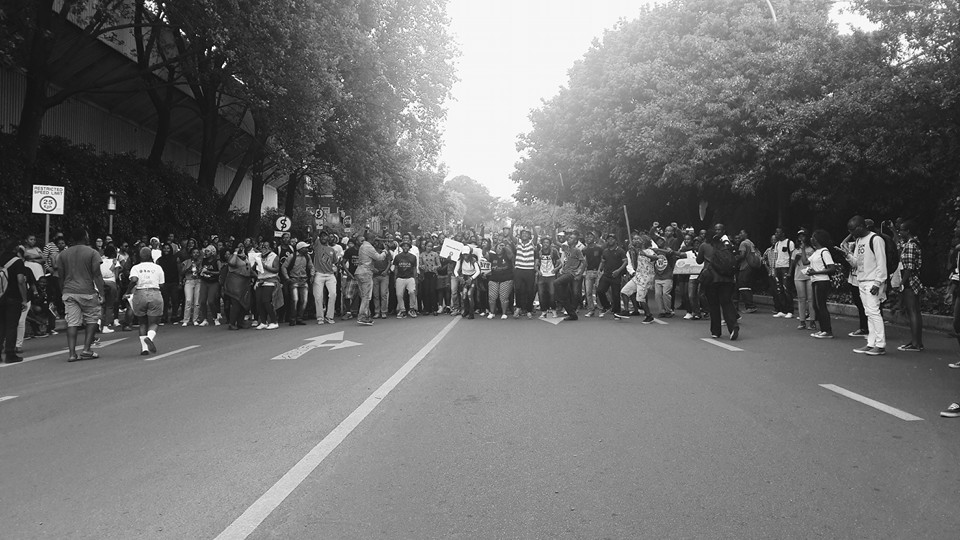 Some people are not allowed to dream. Some people are not granted the space to think beyond their circumstance and no amount of “hard work” in too many people’s cases can fix that. Some people are only given enough space to think to 6pm that evening when they have to pull off another miracle  to feed all five mouths waiting for  them at home. This thing of living just to survive another day is not okay, that’s what I hear the young lions saying and I don’t see how anyone else can hear anything but that obvious truth.

The country has been burning, things have been falling, people have been arrested, charged with treason, many assaulted but thankfully no longer ignored. Placated in some places with some concessions made, abhorred by others, attacked still, but no longer ignored.

Fallists will probably be my people of the decade. They did what those before them dared not to, in fear of shaking things up too much and as a result possibly losing their promised place in relative comfort. They stood up for not only themselves but everyone else too. Which is why it’s so difficult to hear voices of dissent from their peers, their teachers, their parents and (most disappointingly) the people who are tasked with telling their stories to people on the continent and around the world.

I don’t deserve to write about the fallists, but I think I am allowed to say I am so proud and continue to support them in their efforts. Yes, there have been very unfortunate instances of waywardness, reports about sexual assault and the like along the way – a reflection of the society we live in because academic spaces are mere microcosms of the larger world, not separate special entities where having a degree exempts one from being sexist, homophobic, racist etc –  This doesn’t excuse the messiness at all, rather contextualizes it and mirrors who we all are.