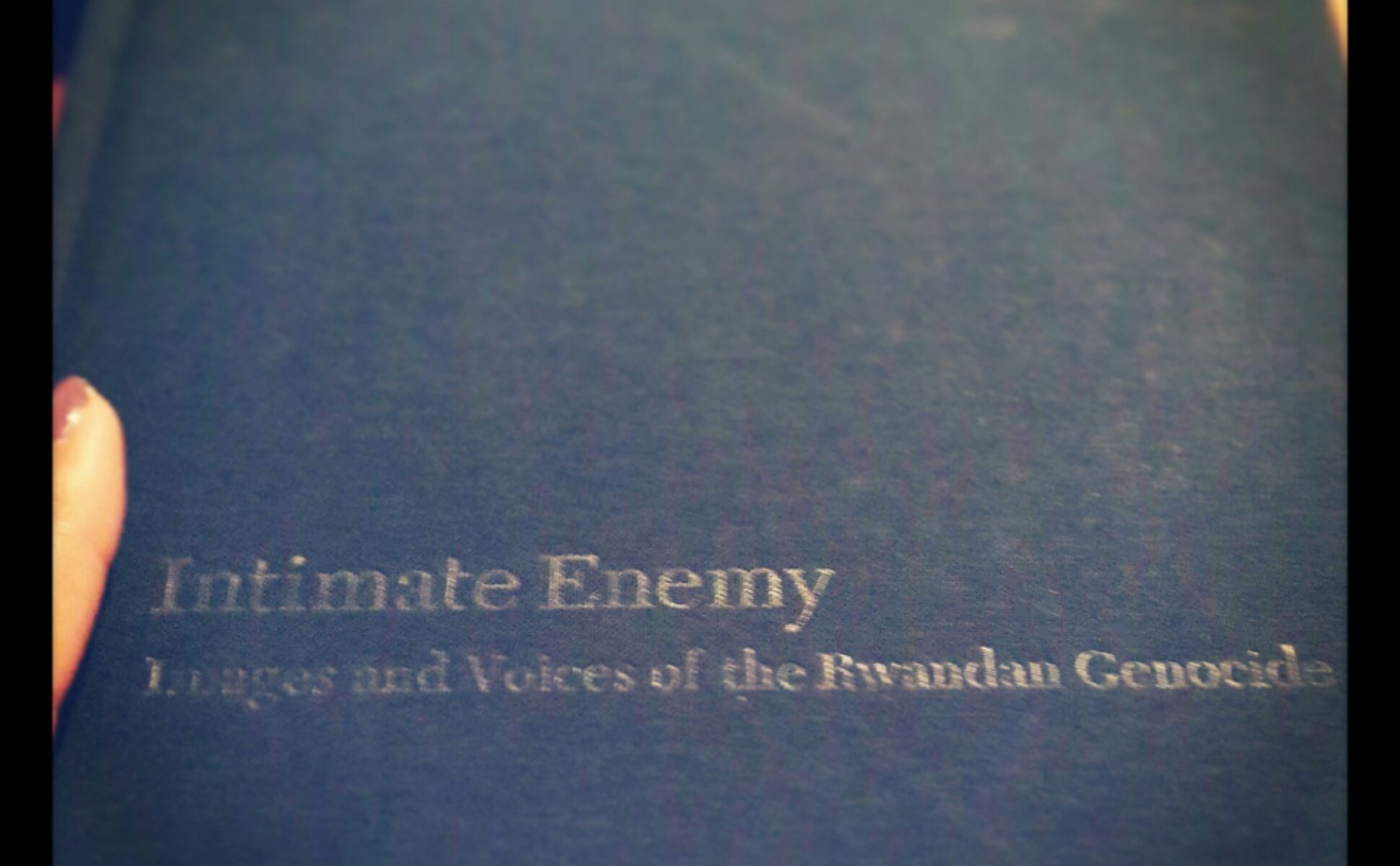 Intimate Enemy: Images and Voices  of the Rwandan Genocide

It has taken me a few weeks to get through this book. Not becaause I was bored or at all disinterested but because it was difficult to read what had actually happened.

The Rwandan Genocide is something I learnt about from Hollywood and a worksheet or two back in high school. I’ve known for a while now that I needed to school myself further on the subject.  To broaden the narratives I’m privy to on this tragic moment in African history.

Before I started this I had read To See You Again: The Betty Schimmel Story, a remarkable and heartbreaking account of living through the Holocaust. I imagined that reading that had readied me for another tragic and positively horrifying read, I was sorely mistaken.

An Intimate Enemy is a joined effort by Scott Straus and photographer Robert Lyons.

“Combined then testimony and images offer a largely unmitigated and intimate view of the Rwandan genocide.” ~ Scott Sraus

Straus explains his mission and objectives in an emotive and rather educational introduction.  In short, he wanted to start to figure out who and what had led to the genocide. His interviews in the book are with men who were both perpetrators and victims during that time. He stressed that his aim was not to other anyone but to begin to understand ordinary human beings were turned into killers literally overnight.

The images and testimony present in the book are from prisoners in a number of prisons in Rwanda, mostly male because women only made up 3% of the prison population at the time.

Before the advent of colonialism in Rwanda, Hutus and Tutsis lived side by side in relative harmony. Colonialists exploited the slight differences between the two groups to sow divisions of which they would reap the benefits. The usual thuggery of making one group feel superior and another inferior, affording opportunities, jobs et cetera to the superior group of people.

Straus does a good job of making the historical context of the genocide very clear. As a South African the genocide in Rwanda is particularly harrowing because of the stark change that was happening at home, while others were being hacked to death.

The interviews he conducts with the prisoners and the testimonies they give are worse than any movie or any one thing I’ve ever read. About three interviews in I had been shocked to the core, heartbroken and utterly defeated.  In most cases people literally became killers overnight, some killing their own family members for their own survival. The speed at which things happened is what struck me the most, it always has even where the Holocaust is concerned.  People can turn on one another in a heartbeat and that more than anything scares me about my species.

As I said I went through the testimonies very slowly, as a way of reading them as historical documents and committing them to my meomory.

Robert Lyons work starts to come up more often towards the end of the interviews.  All black and white photographs, mostly portraits. His aim was to capture a side of the genocide that wasn’t sensationalised and didn’t frame a particular narrative.  The exclusion of captions is an extention of that aim.

“I felt that somehow there must be a way to show the horror of genocide without making sensationalistic imagery.  I wanted to explore the space between the victims and perpetrators.” ~ Robert Lyons

Looking through his photographs brought home Straus’ point. I tried but there wasn’t a person I could point out as a killer, I saw mothers, fathers, brothers and sisters. Old and young, male and female. Having the knowledge of those testimonies made it all the more trying.

Hands down the toughest thing I’ve read this year.